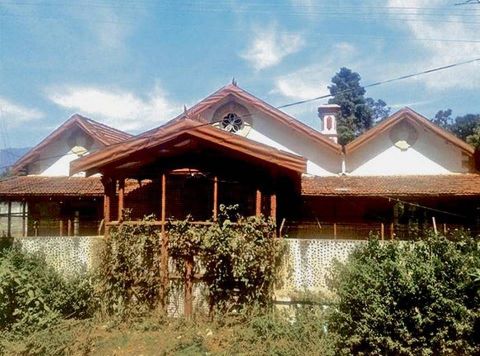 It was only a few weeks ago (Miscellany, June 4) that I wrote of a building with a history, Dare Bungalow in the Pachaiyappa College campus, that was derelict and in need of restoration considering its history. Since then, I’ve heard of two other buildings, historic to me, that warrant attention too.

Curiously, the centenary of the oldest trade union in the country, the Madras Labour Union went unnoticed on April 27. Curious because not only does the Union still exist but also because it should have been an occasion —the birth of the trade union movement in India — that all other unions should have celebrated. But names like G Selvapathy Chetty, G Ramanujulu Naidu, BP Wadia and Thiru Vi Ka are forgotten for what they started. There has, however, long been a landmark memorial to this in the Selvapathy –Ramanujulu Buildingthat was inaugurated in 1931 as the headquarters of the MLU. Sadly, it is in a shambles today as found by an Indian heritage enthusiast from Germany, Dr.K.Subashini, who went looking for it in Perambur. How could such a historic building be allowed to have fallen into such a state? Sadder still are other such a buildings with historic backgrounds not on any Heritage List — or is that only for public structures?

Also unlikely listed is another building in such shape. Gandhi Kannadasan sends me a picture of the state the erstwhile home of Harry Crowe Buck, founder of the first Physical Education School in Asia, is in today. In fact, that institution itself should be celebrating its centenary in 2020.

Buck is to all intents and purposes the ‘Father of Sport’ in India. He was responsible for the introduction of basketball and volleyball, the encouragement of boxing and the beginning of the Indian Olympic Games, now the National Games.

Buck, of whom I’ve written before (March 13, 2017), and Sir Dorabjee Tata were the force behind the founding of the All India Olympic Association in 1924 and Buck trained the first-ever Indian athletic team to an Olympic Games, held that same year in Paris.

The YMCA school moved to its present site in Saidapet in 1928 and the ghost house of today was probably built about then as the Founder-Principal’s bungalow. In 1933 there came up Massey Hall, the College’s main building. Kannadasan tells me he is a regular walker in the grounds here (not all 65 acres of it!) and there was a time when the house was occupied by a member of the faculty. But why such occupancy stopped and the house Harry and ‘green-fingered’ Marie Buck so lovingly tended was allowed to fall into such disrepair he has no idea.

But here’s my challenge. Is there any heritage buff or heritage-interested organisation in the city willing to save the three houses, Dare Bungalow, Selvapathy–Ramanujulu Building and Harry Buck’s home, memorials to Indian Commerce, Labour, and Sport?

The chronicler of Madras that is Chennai tells stories of people, places, and events from the years gone by, and sometimes from today.